A Big Day Out

We went by bus
Or drove our car,
For a trip to Geelong
is not very far.

We saw, we spent,
We lunched, we admired,
And a few more orchids
We all acquired.

This year it was Geelong Orchid & Indoor Plant Club’s turn to host the annual Victorian Country Club challenge. This splendid event is held around the country regions of Victoria each July and showcases a wide variety of orchid varieties which can be grown and flowered in a mid-winter.

Many thanks to the host club for their great efforts and to all those who helped feed the hungry hordes and the many vendors who brought along their sales plants. No one left empty-handed, for we all know that there is indeed always room for ‘one more orchid‘!

Here are some highlights 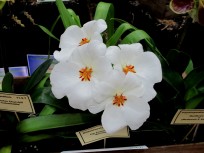 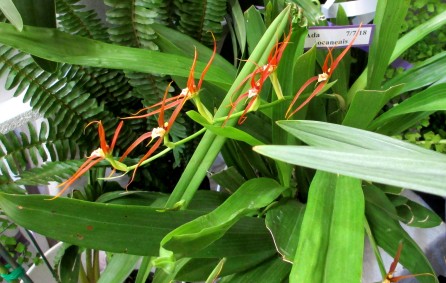 This entry was posted in #OrchidFamily. Bookmark the permalink.

This site uses Akismet to reduce spam. Learn how your comment data is processed.