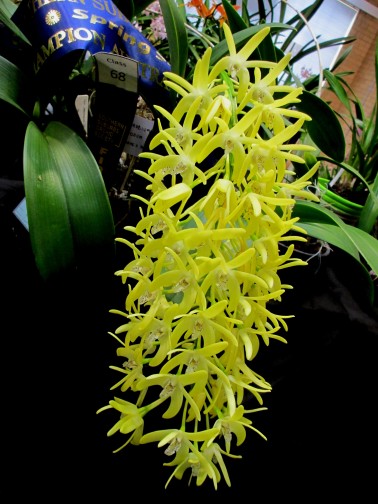 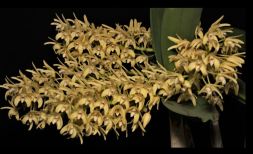 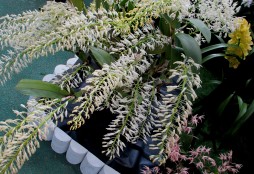 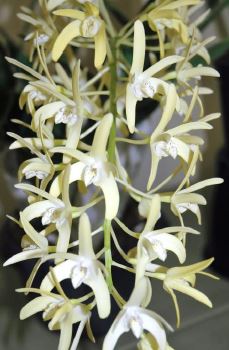 There are more than 1600 species of Dendrobium which makes it the second largest genus in the orchid family. Dendrobiums are found throughout India, S.E Asia, Japan, Malaysia, the Philippines, the Pacific Island, New Guinea, Australia and New Zealand. They grow at high altitude Himalayan mountains and tropical rain forests. They are mostly epiphytic and sometimes lithophytic. D. Speciosum or “Rock Lily” is distributed from north-eastern Victoria to far north Cape York Peninsula and is probably Australia’s most widely distributed orchid. Speciosums are found growing on trees a an epiphyte or as a lithophyte on rocks. they have large tapered pseudobulbs up to 1 metre. their range covers a number of habitats from coastal lowlands to high in the mountains and in some areas they extend to inland. They grow high in the canopy of the forest on trees or on rocks in gorges or cliff faces. they often grow into large clumps. the racemes carry numerous fragrant flowers that range from cream to yellow and a large plant in flower makes an impressive display. Speciosum is the easiest of all the Australian dendrobium species to cultivate.

For further information on Dendrobium Speciosa and other orchid varieties, see the Orchid Societies Council of Victoria (OSCOV) Website under the section Articles & Resources.